Steve Kaufman Art Featured in “Warhol È Noto,” 120 Works in the Heart of the Sicilian Baroque

“Warhol’s Famous” was born as a need to want to tell, and to acquaint the general public with, the communicative power of one of the most eclectic personalities and important artists of the 1900’s: Andy Warhol. The exhibition is produced by Giuseppe Stagnitta and Company Ideas Phoenix and Cultural Association Studio Soligo in collaboration with the Municipality of Noto, Unesco World Heritage Site.

“Warhol’s Famous” allows us to trace his career from the fifties, when Andy Warhol made his debut in commercial art and soon worked as an illustrator for prestigious magazines and as a commercial artist. We begin with 20 early design drawings by the artist, to Campbell's Soup and Brillo, then on to the recognizable portraits of Marilyn Monroe, Ingrid Bergman, Liz Taylor, and Mao. Also on display are the famous photos printed on Kodak paper rolls, business art, and many other prestigious unique pieces that propelled Warhol to the international scene. 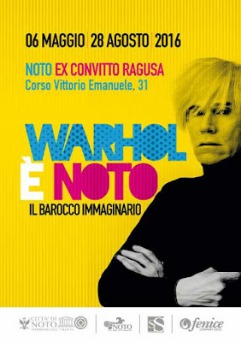 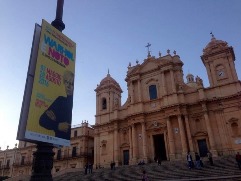 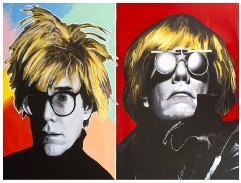 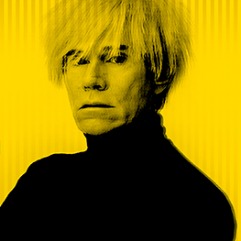 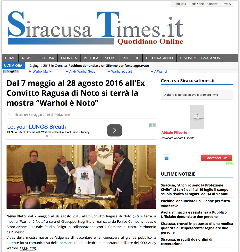