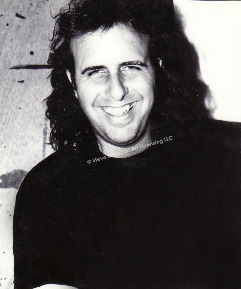 Steve Kaufman painted Icons: Coca Cola, Marilyn Monroe, Mozart, Beethoven, The Wizard of Oz, Mohammad Ali, his money series, and his paintings of famous singers, actors and icons. His audience was vast and large. He was legendary. He is remembered as a trailblazing American pop artist, former assistant to Andy Warhol, and a generous humanitarian. His paintings found their way into the homes and hearts of so many--capturing the true American pop art experience. He is so painfully missed, but his memory and his art will live forever.

Our collection of Steve’s art are sold, exhibited, licensed for products and placed in museums worldwide.

I had the wonderful opportunity to work with Steve Kaufman from 1999 until his passing in 2010, and it was an incredible experience. From his warm smile and generous heart, to his ability to tell a great story--Steve made every day an adventure filled with humor, drama, and laughter. I am so blessed to have known and worked with Steve, and I feel honored to have stood in his shadow.

I was named by Steve as the sole heir to all his licensing rights. It is with tremendous passion that I promote his art, name, and legacy. Now our team maintains the highest quality standards for all business projects. We also continue our success in selling and placing Steve Kaufman's art into exhibitions and museums.

"I Am So Blessed To Have Known And Worked With Steve, And I Feel Honored To Have Stood In His Shadow."

Dana Blum, President of Sales and Marketing on Diana Vachier:

"In writing this Holiday newsletter I felt it was important to write about Diana Vachier, the person who has worked so hard to maintain and who continues to build on Steve’s legacy everyday.

Did you know that Diana is a life long New Yorker born in Brooklyn Who went to the Fashion Institute of Technology. (FIT). Diana had a love of photography and attended evening classes while working for a marketing company during the day. After Diana graduated she worked as a photographer assistant for a few years before opening her own studio on Long Island. Diana worked with some of the top photographers in the business. Her studio handled social events, commercial shoots and she specialized in portraits of woman. Diana was awarded 2nd place in a National Photographers Association competition in the category of portraits. she also had a passion for video editing, working as a free lance video editor after leaving the studio. Also winning an award in 1997 in a national video competition.

I bring all this up because in 1999 Diana met Steve Kaufman and her love of the arts began to pay off. Diana began working for Steve selling his art for his charity GIVE KIDS A BREAK. Diana then began promoting his art on a regular basis. From then on she became his personal assistant in all aspects of his work. In 2005 they started American Pop Art Inc. A satellite gallery in NYC that is operated to this day.

When Steve passed away in 2010 he had made Diana the heir to a huge collection of art and ownership of all his intellectual properties. Diana continues to this very day to exhibit his art worldwide and has placed him in 4 major museums in Europe.

My point to this is Diana has worked very hard for 20 years to bring Steve’s art to the public and private collector market.

As you read what we are doing, remember that the legacy and art are what is important. Everything is 100% Steve Kaufman.

We hope you get excited about the direction we are going and take the time to look at the new artist on the artist page. Thank you" - Dana Blum President of Sales and Marketing.

To sign up for future newsletters please send us you email address to info@americanpopartinc.com

Steve Kaufman often made art of art. He took iconic and historical images and painted and embellished them. The result was exponential creativity. Learn more about new and emerging artists who, inspired by the late Steve Kaufman, are now using Steve's paintings as a base canvas upon which they add additional layers and forms of art.

Serena Bobbo chose Steve Kaufman as her topic of intense study and her thesis in preparation for her Bachelor’s degree from the University of Trieste, Italy. Click here for the story on our blog.

“Steve and Me” and "Street Smart Art" are the convergence of pop art by Steve Kaufman with reflection art and street photography by Nik Pichler. 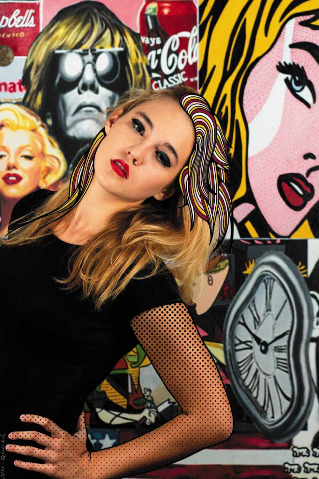 Photographer Roberto Srelz presented his modern interpretation of “American Pop Art: Icons” with a series of photo and graphic art composites using Steve Kaufman art as a backdrop. Click the image to learn more about this series.

Founded in 1913, the Houston Symphony has played a central role in Houston, Texas' cultural and civic life for more than 100 years and is now one of America's oldest performing arts organizations with a distinguished musical history. Please visit the Houston Symphony website at HoustonSymphony.org. 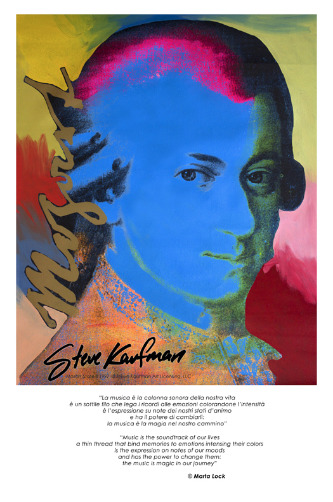 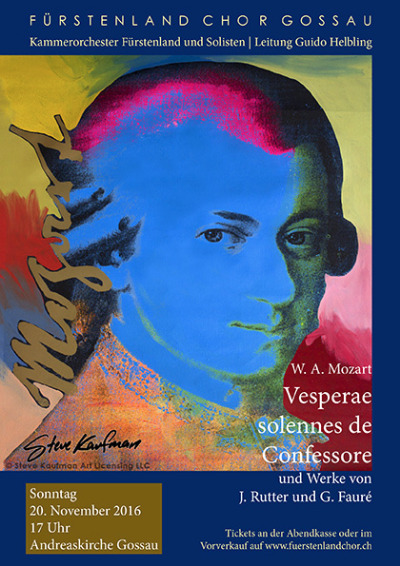